The planes in fantasy role playing settings have both physical and metaphysical properties which make each of them unique, but also provide for similarities allowing for heroes to travel the planes.

The material plane consists of the world(s) which humans, elves, dwarves and miloi call home. Sitting at the center of the other ‘Inner Planes’ the material plane shares traits with all the other planes. The Material Plane is coexistent with the Ethereal and Shadow planes. There are also a few rare points where the Material Plane is also coterminous.

The Ethereal Plane is coexistent with the Material Plane, the Shadow Plane, the Astral Plane and the Elemental Planes. Because of this, the Ethereal is the most used venue for travel between the planes.

Separated from the Material Plane by the Ethereal Plane, are the eight Elemental Planes; they are the source of all raw elemental energies. It is by their opposing influences that the Material Plane is made whole, and sometimes ripped asunder.

In the coming months we’ll be adding more details to our cosmology, with each issue of Dungeon Crawler Quarterly giving out some previously unknown bits of information. 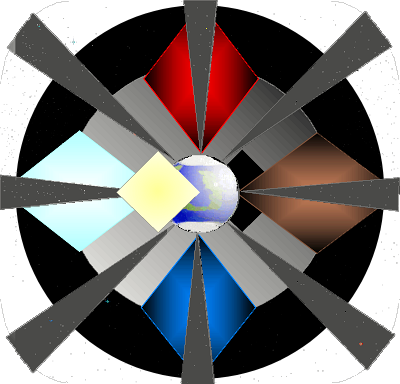 While you wait for our video, check out this excellent video on the planes in D&D.