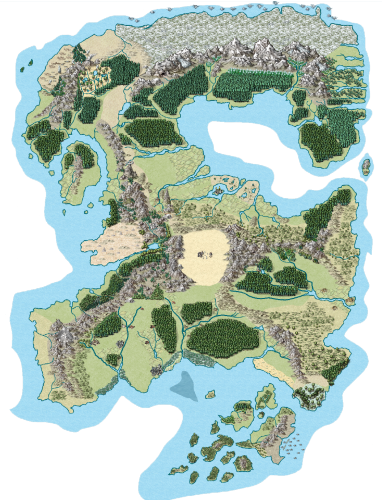 The continent of Auctorus is in the Årth’s northern hemisphere and is about the same size as Australia. The islands to the south are sub-tropical and the far north in Winterholm is arctic. The islands to the south are called the Archipelago of Pelagos. The human inhabitants of the islands live in city-states which are rumored to be ruled by demigods. These rulers are collectively known as the Sea Princes. They have shifting alliances and occupy themselves with matters in the Archipelago, not dealing with Auctorus or its affairs accept in matters of trade, which is controlled mostly by trading houses from the Old Empire region. Although, trade guilds from some coastal cities in the Nearnorth have been winning more share of late.