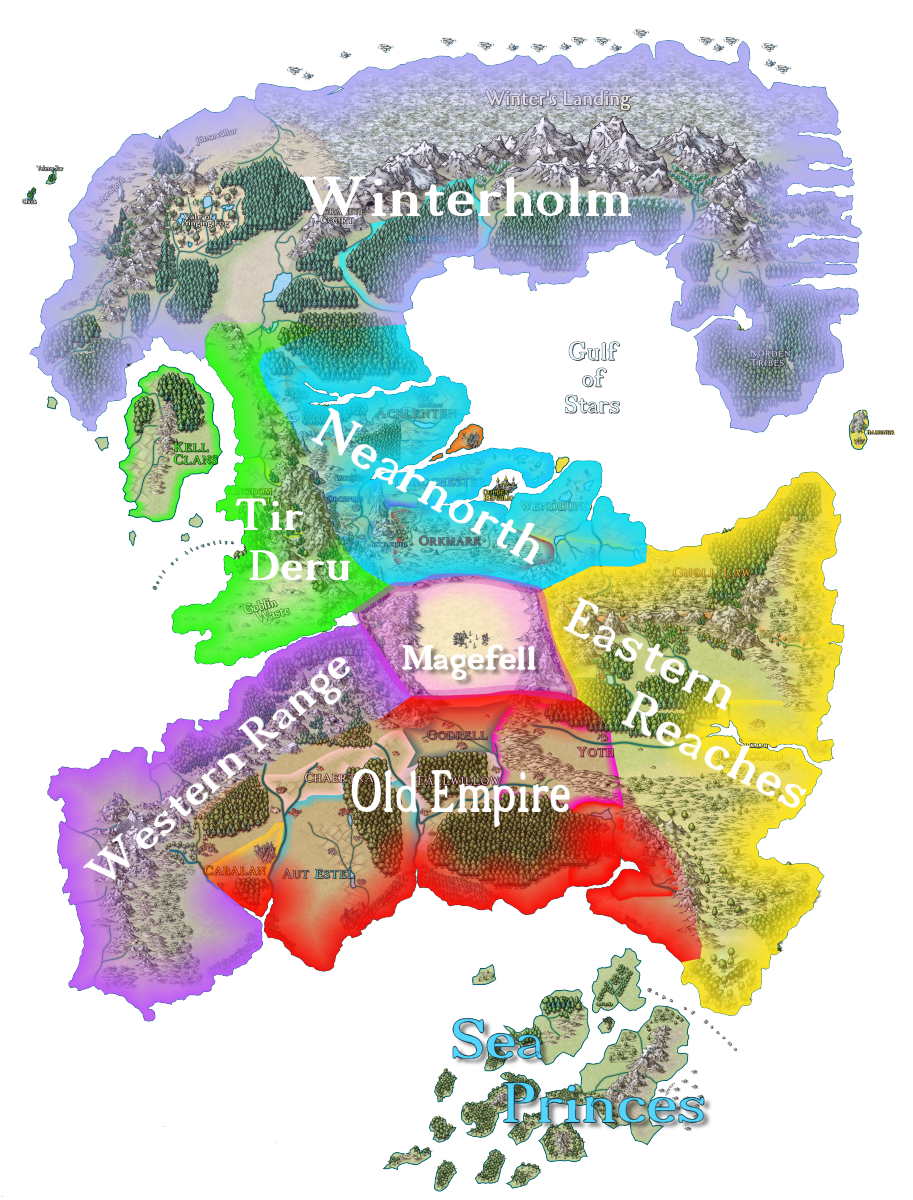 Climate Warm Coastal to Cold Mountains Altitude: Low to High The Old Empire region has mild winters with warm summers which are typified by tropical weather systems moving north and bringing frequent rains throughout the warmer months. This produces lush coastal wetlands and provided ample water to run large agricultural operations without much need for irrigation. The Western Range is a very mountainous region which ranges from chaparral in the south to dense mixed forests in the north. The Nearnorth region receives heavy snows in the winter months as cold arctic air rushes over the warmer Gulf of Stars. Summers are mostly warm and dry, but rivers remain full year-round due to plentiful snow melt from the mountains. Communities with the ability to build irrigation projects make good use of both warm, sunny weather and plentiful water. Danger Level: Varies 1–25