The northern edge of old imperial rule on Auctorus, the Nearnorth is where human civilization meets the great northern wilderness. The humans of the area speak Imperial Common fluently, but each domain still has speakers of their local dialect of the ancient language of the northern reaches called Norðdansk. Although large cities exist in the Nearnorth, the area is separated from southern Auctorus by the Orkmark, Gnoll Law and Magefell. These hostile areas make it difficult for land travel between the dominions of the south and the Nearnorth. 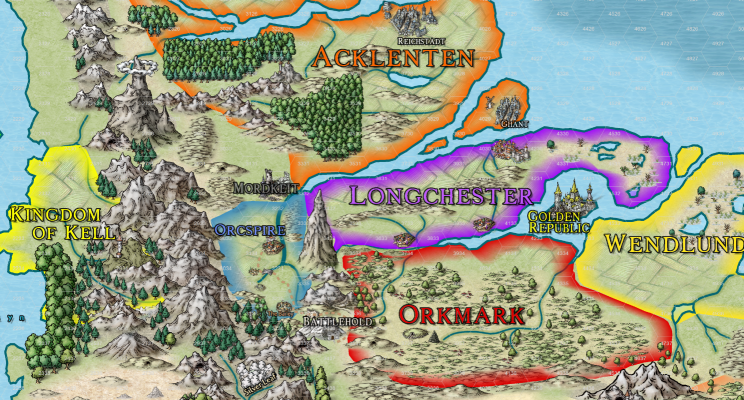 Most of the area has a temperate coastal climate, with upland areas near Orcspire being alpine environments. Orkmark and the Gnoll Law sit in the rain shadows of mountain ranges and do not benefit so much from coastal rain storms. This leads those areas to have dryer climates and are mostly grassland or scrub forest.

The principle domains of the Nearnorth include: